Our ZUU classes were recently featured on Joe.ie. Check out what they had to say below. If you’d like to book a class just text Leighton on 086 8125167.

Guaranteed to be completely different to anything you’ve experienced before.

I’ve been participating in my first ever Zuu class for about five minutes when I start to realise that I’ve never been as physically shattered in my life.

I don’t say that lightly either.

For years, I’ve participated in the type of torturous, borderline sadistic pre-season sessions that the GAA appears to specialise in and though they were tough (boy, were they tough), this is completely different from anything I’ve ever experienced before.

And I had no idea it was coming. Zuu was recommended to me by JOE.ie editor Paddy McKenna, who mentioned something about “animal movements,” leading me to think that the worst thing I’d be letting myself in for would be looking foolish while prancing around like a gorilla.

How wrong I was.

If I’ve painted a picture of an entirely miserable experience so far then let me set the record straight immediately.

Physically demanding as it was, I thoroughly enjoyed Zuu and felt great afterwards, so much so that I’ll definitely be back again.

My Australian instructor, Leighton Christopher of Leighton’s Fitness Training in Smithfield, pushed me hard, but he explained everything along the way and there was a fair bit to explain, because there’s a lot more to Zuu than mere “animal movements”.

Like Leighton, Zuu comes from Australia and is the brainchild of a big weightlifter called Nathan Helburg, who wanted to change his training to become more agile and flexible.

Zuu incorporates the movements of animals that are commonly seen in nature and most of the exercises are compound exercises requiring you to use big muscle groups and a large range of motion.

Moves such as frogs, bear crawls, polar bears and cobras might sound complicated, but they’re easy enough to get the hang of. It’s when you do the get the hang of them that it starts to get a bit tough and now that I’ve experienced it for myself I can understand Leighton when he says that it “is the most intense training I have done in years”.

People trying out classes for the first time want a new challenge and Zuu certainly provides that. Yes it’s tough, but you don’t need any equipment or large amounts of space and it improves mobility, strength and cardiovascular fitness all at the same time.

Leighton tells me that a number of professional sports teams in the southern hemisphere have already incorporated Zuu into their training and it’s no surprise because when it comes to physical preparation, they’re more often than not ahead of the curve Down Under.

Practising Zuu has had a powerful impact on Leighton personally and he’s been able to transmit that to the people that come to his classes in Smithfield.

“Mentally you are refreshed straight away as the instructors have been taught to lead by example and to motivate and lead the class,” Leighton says.

“It’s about inspiring people to inspire others. Physically I found that my mobility improved straight away. I have had knee reconstructions from rugby and my so-called bad knee hasn’t felt this good in years.

“It takes a bit more effort to improve strength in some exercises, such as cobras, but I feel it has made me stronger when I lift and do other activities.”

When I ask Leighton the main reason he’d recommend Zuu to newcomers, it is the inclusivity of it all. Because you don’t need equipment or a lot of space you can literally do it anywhere. No convenient excuses here.

You don’t need to be a certain age or have a certain body type. Families can do it together.

“It really is for everybody,” Leighton adds.

“You will leave the class feeling exhausted and exhilarated at the same time.”

I couldn’t have put it better myself. 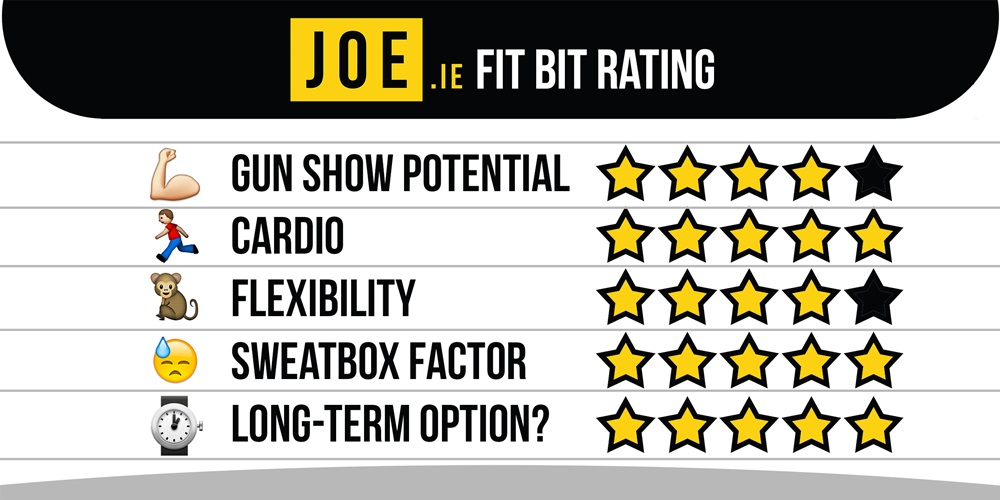 For more information on Zuu, check out The Zuu website and you can contact Leighton at Leighton’s Fitness Training on Facebook and at TRX in the City.

Grublin - For all things food in Dublin